23 years ago I had the incredible foresight and fortune to marry my husband.  He was a rare find when I first met him in 1982, and still is today.  Not that there haven't been times when I've wondered who the hell is that, or what the hell was I thinking, where the hell is he, or when the hell is he going to shut up.  But most of the time I can't help wondering how the hell did I get so lucky. Then I figure God was just making nice after subjecting me to the triple threat of anxiety, ADD, and acne as a teen. 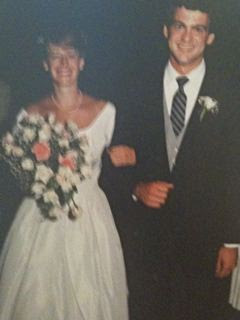 Some of my friends (who can't help but like him too) will still ask how I can be married to someone with such opposite political views.  And that's a good question.  But there are lots of men that share my political leanings but whose personal leanings are something to behold!

Phil has a capacity to stomach constructive criticism, think outside the box, adjust to alternating levels of chaos and still be gracious, solicitous, and amorous.  I arrived home last night after 8 weeks away, toting the dog he never wanted, the youngest that it took me  a year to talk him into, and my computer which distracts me from him 23/7.  We arrived to a spanking clean house, newly-filled fridge, empty laundry room, freshly grilled chicken, and a bunch of balloons that read Happy Anniversary.

As we celebrate today with breakfast at Daz Bog & the Sunday paper, I will be silently thanking our lucky stars for another anniversary.  Ten years ago today we arrived in Denver, for what was supposed to be just a little adventure.  It ended up being all kinds of adventures, and probably the smartest move we ever could have made.

Thank you, Denver and thank you Phil. 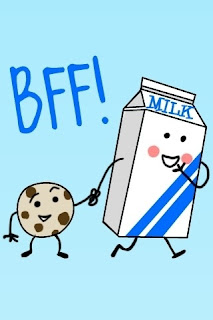 Posted by Gretchen Seefried at 7:34 AM