My Passion for Compassion

When I was flying to NYC last Sunday, I couldn’t help but marvel at the elderly couple sitting across the aisle from me. An unrelated young man had the window, then wife in the middle, and husband, in the aisle seat. When I travel with my husband, if we can’t land two aisle seats, I often end up in the middle due to his extreme claustrophobia…so it didn’t surprise me that the man had the seat by the walkway. He rooted for me as I tried to wrestle my new rolling tote (which I’d  purchased that morning expressly for that purpose) under the seat in front of me, giving me an early glimpse of his kind-heartedness.
About halfway through the flight, I realized that he was sitting there to better care for his wife. I watched him gently assist her out of the row and down the narrow passageway to the lavatory. Now I could see she was shaky, frail and unsteady on her feet.  It was a lovely and touching glimpse at what must have been a long-lived and loving relationship. An hour or so later, as he escorted her again, this time up the aisle to the gateway, I reflected on other moments when compassion's trumped ego..
How about the grace shown by both wronged pitcher Armando Gallaraga and the mortified ref who stole his no-hitter with a bad call back in June?
Who wasn’t moved by the story of Michael Oher, the subject of Michael Lewis’ book, and subsequent 2009 award-winning film, The Blind Side?
It's always telling to watch dads as they return to their cars following the first grade’s Fathers’ Day Breakfast…there are those that pull the lovingly decorated paper tie from their necks, and those who don’t.
One of my personal favorites happened more than nine years ago when we shepherded a gaggle of fifth grade boys to a local alley for pizza, soda, and bowling to celebrate my son’s eleventh birthday.  When his best buddy spilled cola all over himself and was fighting back embarrassed tears, Will, in an unusual show of solidarity, picked up another super-sized Coca-Cola and poured it over his own head.  It was hard to protest this natural instinct to make a friend feel better... 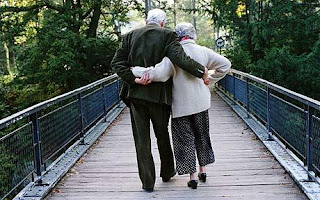 What stories of compassion have moved you recently?
Posted by Gretchen Seefried at 6:25 AM