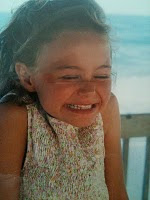 Early yesterday morning I stopped at Wawa
for the Sunday paper and
a carton of milk.
(if you haven't heard about this phenomenal
east coast hotspot, read more of my recent kudos). While standing in the long, but fast-moving line I was entertained by two adorable, pajama-clad, tousled and tow-headed kids in front of me. A little boy @ 5 and sister @ 4 were in line with their dad, who had a carrier of coffees, and a bag with what
looked suspiciously like a single doughnut.
These kiddos were just about the cutest things I'd ever seen. And good. No whining, wiggling, itching, begging, or man-handling the candy in the eye-level rack. After a few minutes though, I wondered why there was no interaction whatsoever between the man and his children. Correction, the only interaction was when he gave a little nudge to the back of the girl's head after checking out to signal "go!". That's when I realized that the reason those kids were so 'good' might be because of what would happen if they weren't. 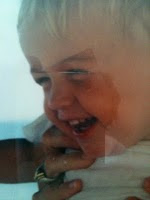 I followed them out to the parking lot and as the father (at first I had thought grandfather, since he appeared to be closer to my age than the usual late 30s typical dad with 2 preschoolers) opened the back door to his car, I asked "How do you like that Ford Flex?"
He gave me a brief, positive review, after which I took the opportunity to comment on his charming children. As they climbed into the back of the Flex, he said "you can have 'em".
Now I admit that I too have joked about putting my kids up for adoption. But those jokes have been squeezed in between hugs, conversations, activities, kisses, teachable moments, cuddling, and daily, loving interaction. If I had seen even one little hint of fatherly affection, I wouldn't have come away quite so heartsick at this sad encounter. I know from my stint on the board of The Kempe Foundation for The Prevention and Treatment of Child Abuse and Neglect that child
abuse is common (3 times more prevalent than all childhood cancers combined), class-blind (it happens at all socio-economic levels), and perpetrated by parents 80% of the time. Last year, in our country: The consequences of abuse and neglect are staggering and gravely underestimated by most people. The numbers tell a devastating story. 850,000 children are in foster care annually, with babies being at the highest risk of entering foster care. 20% of children taken from their homes and put into foster homes are under the age of one, 24% are between two and three years old. 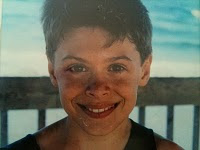 Later in life it gets even worse:

Drug Abuse
· Abused adolescents are 3 times more likely to abuse drugs.
Juvenile Crime
· Abused adolescents commit 3 times more juvenile crimes.
Teenage Pregnancy
· Abused children are 50% more likely to become pregnant as teenagers.
Mental Health
· Abused teenagers and adults are 4 times more likely to experience serious mental health problems such as severe anxiety disorders or depression
Suicide
· Abused teenagers are 6 times more likely to attempt suicide multiple times.
Academic Achievement
· Abused school-age children consistently perform lower on standardized test of reading and math skills. Abused children are also 2.5 times more likely to rep
eat at least one grade and 2 times more likely require special education services.
These numbers never fail to give me pause. Parenting is a a risky, stressful, strenuous, long-term venture, one that should not
be undertaken lightly. I am as dismaye
d by the mature who sign up for the job with no intention of any real commitment, as I am by the young who stumble into parenting as a result of sheer ignoran
ce.
I'm not suggesting that this particular father is going home to beat the children, (although he might later, after a drink or two). But I do wonder about the inner lives of children whose parents barely acknowledge them. I do know from dozens of childhood stories shared with me over the years that the trajectory of a majority of lives is determined during those first four critical years.
Now maybe they were playing a game called "whoever is the quietest in line at the Wawa wins the doughnut". But unfortunately, I don't think so. 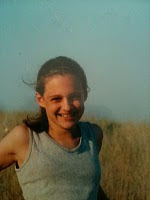 Posted by Gretchen Seefried at 3:12 PM

Email ThisBlogThis!Share to TwitterShare to FacebookShare to Pinterest
Labels: http://4.bp.blogspot.com/_WaWF6PJJKNg/TDtnQmws7JI/AAAAAAAAAKE/5uuptkWAql8/s1600/IMG_1277.JPG